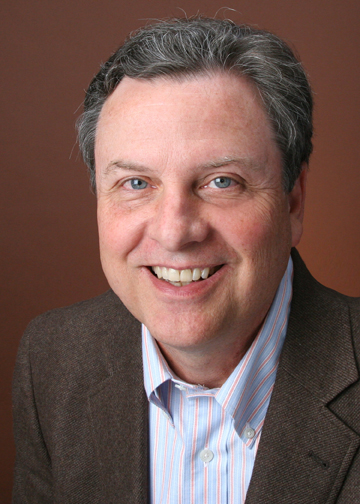 For 21 years of his life, Jeff Byrd likely disseminated more local Tryon information than anyone else in the area. After all, as owner and publisher of the Tryon Daily Bulletin during that time, it was Jeff’s job to have his finger on the pulse of this dynamic community, keep people informed and tell the stories that make this area so special. Like any good journalist, however, Jeff will tell you the real key to his success wasn’t in his wealth of local knowledge accumulated over the years. Instead, it was all about listening carefully to the sources he interviewed. That’s how he really got the information in the first place. And Jeff is still listening carefully to this day. But more on that later…

Born to Write
Jeff isn’t sure what first sparked his interest in journalism, but it manifested itself at a very early age. He remembers asking for a small printing press as a gift when he was only nine years old. With that press, he created the “Neighborhood News” which he sold door to door. Jeff’s neighbors happily coughed up a quarter each to support this obvious passion project.

Jeff went on to earn his bachelor’s degree in Journalism at the University of Colorado and later his master’s of liberal arts at UNC-Asheville. He embarked on a career as a reporter but soon gravitated toward management in nearly every publication for which he worked. It was during his time running a paper in Richmond, VA, that he heard about the opportunity to purchase the Tryon Daily Bulletin. Jeff and his wife, Helen, came to investigate and quickly fell in love with the area and its people.

Jeff eventually sold the paper, but he went on to put his community ties and listening skills to good use as a local real estate professional. With so many local resources and a wealth of local insight, Jeff possesses a vast knowledge of the area and an impressive network of contacts and colleagues throughout the region. But the most important aspect of Jeff’s job always goes back to listening. When you work with Jeff toward the sale or purchase of a home, he takes your needs and goals to heart and does everything in his power to help you succeed.

The Trusted Source
To Jeff, real estate isn’t about properties. It’s about people and getting to the core of their goals and desires. He believes everyone has a story to tell and it’s his passion to listen to those stories and help his clients write the future of their dreams. Jeff understands how significantly your home can impact your life, and that’s why he works so hard on his clients’ behalf.

If you’re considering buying or selling a home in Tryon or anywhere throughout Western North Carolina and Upstate South Carolina, make sure you select the right source to help you successfully get where you’re going. Jeff Byrd is The Trusted Source in Real Estate. Call him today to schedule a private consultation.